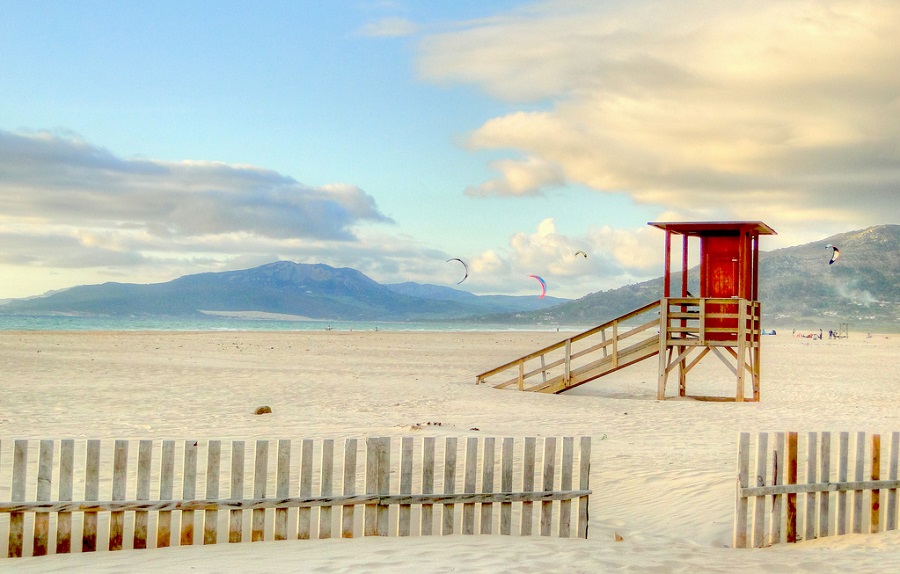 Tarifa is famous for its spectacular beaches.

Today we recommend the best beaches to visit and enjoy a magnificent day.

We can divide this beach into two zones:

· South zone: a little urbanized beach and far from large population centers · North zone: very close to the city of Tarifa and with extensive human occupation

Besides its great size, it is also characterized by its fine golden sand. And for all the chiringuitos that you can find along the beach, which offer good food and a good atmosphere to have a drink with live music and views of Morocco.

It is located in the southernmost point of the European continent, it is the last beach of the Mediterranean Sea.

It is characterized by its crystal clear water and by the possibility of diving or snorkeling, since it has many varieties of corals and marine species.

In addition, it is ideal for the days when the Poniente blows hard. And, it also has great views of Morocco.

It is a wild beach that is in full nature.

Is the favorite for the practice of kitesurfing and windsurfing due to the winds that are usually present in the area.

In addition to the infrastructure and the environment that is lived in it.

It is also, along with Bologna, one of the last virgin sands that survive in the Peninsula. It has a large dune at its northern end and has a large number of services: toilets, showers, litter bins, lifeguard, Red Cross, telephone, etc.

It extends at the foot of a large dune that is formed with the help of the winds.

The conditions that this beach presents are optimal for sailing, kite surfing and windsurfing, being in the present one of the places recognized worldwide to practice them.

Useful or not for the skin, mud baths are another of the entertainments that we find naturally in Punta Paloma.

Bologna, in Tarifa, is one of the last virgin beaches of southern Spain and is located in a place of great natural beauty and historical interest.

Bologna stands out for its characteristic dune, its fine sand and its clean and transparent waters. That’s right, the water is something cooler than in other beaches!

In addition, you can find the Roman ruins of Baelo Claudia. A few ruins with a lot of history that you can know right there.